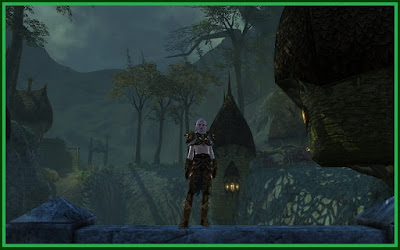 And here we come to the close of the Gloamwood story arc! I'm so excited to be finished this section and move on to another one. Although also, here is where I've come to an impasse. I'm moving out of straight Guardian territory and into contested zones, where the Guardian and Defiant share zones. Since I don't have to just repeat the same thing with both Kara and Rae, I'll have to decide how I'm going to do this next chapter. I think I'll alternate zones. That way they both still get stories to tell as they continue on their journey, and I'm still telling the story of Telara. As always, only story and lore posts that relate to Rae's side are being listed here. Any stories of lore posts that are relevant to Kara and the Defiant will be listed on Kara's summary. Any off topic discussions that fall after Rae's chapters will also be posted here, while any off topic discussions that fall after Kara's chapters will be posted on her summary. I hope that isn't too confusing. Just to be sure, all the links for all the summaries will be posted in the "prologue" page, which I'll link to at the bottom of this page don't worry!
I had a lot of fun exploring Gloamwood and learning about the sub story being played out here. The mystery and intrigue surrounding the Hag and her werewolf curse was really neat, and uncovering each layer of the plot felt like not just reading a mystery novel, but living it, and doing it for myself! A very cool and fun story, although the dark surroundings felt depressing and confusing at times.
I like how each zone has it's own plot, but also has the overall plot to connect it to the greater story of the Ascended. Also, Rae received yet another wardrobe update in this zone! I feel that as she grows stronger in her abilities and her faith, her wardrobe would reflect that. So here, she's wearing darker browns and golds, as well as two long bronze daggers and some fancy shoulder pads. She's also sporting an elaborate cloak. I've yet to find a proper helmet or head cover that looks assassiny like though, so she'll keep her eyes unobstructed for now! Also, Rae has become a little more.....cocky in this chapter. She's learning to appreciate her own self and she's not blindly following orders as much. She is willing to stand up for herself, and she's not at all impressed with the people of Gloamwood and how they are treating her like she has the plague, especially at the beginning. She's become quite sarcastic, but I like her this way. She's still loyal to the Guardians and to the Vigil of course, but she's also started to question things and to think for herself instead of blindly rushing off. Where will Rae go next and what will she encounter? Well, I haven't figured that out, but here's the results of her foray into Gloamwood!

The Story Thus Far:
Raeslyn entered Gloamwood with the intent of easily discovering the reason behind the goblin intrusion into Silverwood, reporting the incident back to Sanctum, and possibly eradicating the vermin before the problem escalates. Instead, she is shocked to find all manner of troublesome happenings in the dark wood of Gloamwood. For one thing, the citizens are far from welcoming to a famous Ascended, chosen of the gods to protect the people of Telara. In fact, they tell her in no uncertain terms that she is not welcome here, and she should leave as soon as possible. The longer Rae investigates the mysterious problems in Gloamwood, the more frustrated she grows. The wood is dark and twisted, full of evil creatures and dark curses, and the people of Gloamwood Pines, the lone town in the heart of the forest, seem strange and shifty, sticking to their houses and flinching away from any aid she would offer. There are military present, the Sanctuary Guard sent to deal with the pesky goblin hordes, but they too have been rebuffed by the townsfolk, relegated to setting up camp outside the town and being stalled at every turn. The town mayor, Furtho Dragomir, seems to hide a dark secret of his own. It soon becomes apparent that there is a darkness brewing in Deepwood Cottage, which was once the home of the legendary Druid sisters Delilah and Laria, who proudly protected the wood in days gone by. Rae learns that Laria, the light and brave sister, had fallen in combat against the rifts and in her grief, Delilah blamed the people of Gloamwood for not coming to their aid. She placed several powerful curses on the prominent noble families of Gloamwood, afflicting them with lycanthropy, vampirism, and undeath.
Rae wastes several days trying to gain information on what beast is stalking unwary travelers and townsfolk alike, only to find that the mayor himself knew the secret and had kept it from her. The wood is crawling with werewolves. And these werewolves are the townsfolk themselves, cursed by the Hag in her bitter hatred of them. She finds to her horror that the Hag wishes to rule Gloamwood for herself and turn the entire forest into her personal death touched domain, ruling over it in the name of Regulos the Destroyer, her new dark master. She had fallen so far into corruption that Alsbeth, the leader of the Endless Court, was able to twist the Hag to her own dark purposes. On top of all this, Rae has to deal with the growing goblin problem by venturing deep into the underground city of the Gedlo goblin priests to kill their leaders and find out what sinister plots they are hatching in the name of Maelforge. Finally, she is successful in defeating both the goblins and the Hag. Raeslyn puts a stop to the Hag's plot to turn Gloamwood into a new death plane. Laria, the Hag's devoted sister, finally finds peace and is able to begin her journey to the afterlife. Raeslyn discovers that the mayors own brother was a werewolf and he had wanted to keep it secret until he find hope of a cure. Alas, his brother was too far gone and had to be slain, along with many other of the noble houses. Raeslyn is able to break the dark curses that choked Gloamwood and is hailed a hero by the people of Gloamwood Pines, who finally recognize her as someone who wishes to aid them. The Waykeepers of Gloamwood give her the title of "Wolfbane" for her heroic efforts.

Quests with a **(star) at the end are CARNAGE quests! 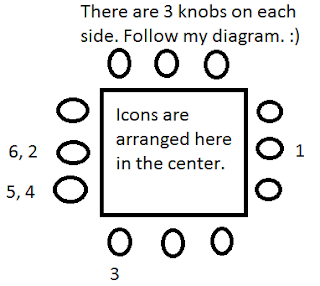 My Opinion of the Zone:
I wasn't really as much a fan of Gloamwood as I was of Silverwood. The air was darker and more gloomy, which of course it was supposed to be, considering it's a dark cursed wood full of werewolves and vampires. But it was still depressing and my poor little Ascended didn't care much for the wood or its people. She did her duty like a good Guardian, and I'm happy I got to experience the story as well as complete the achievements, but it was definitely not a zone I'd enjoy doing multiple times. It was quite the journey, this one, since I also had to balance "real life" issues and I ended up getting behind. I also skipped several quests out of Rae's story since I didn't think they actually added anything meaningful to her story. The story itself also bugs me slightly. There are a few things I found were inconsistent. For instance, the two sisters Laria and Delilah. It says that they protected and looked after Gloamwood for years until troubles hit Gloamwood and then Laria died and Delilah turned into the Hag. Did this happen when the Shade hit, or did it happen during the Age of Dragons, or maybe it happened sometime in between? I guess its open to interpretation, but I hate it when lore is ambiguous like that! Oh well, I'm finished with the zone, time to find another one! All in all, I'd give this one a 5/10. It was ok, and it was fun to be a werewolf for a time, and to learn a bit more about the Sanctuary Guards and Kain in that brief little clip they showed between Kain and Oakheart. Just hang around by the Porticulum and you'll see it eventually.
Back to the Prologue
Chapter One Summary
Chapter Two Summary
Chapter Four Summary
Posted by Darkwysper at 15:08