[Off Topic] Patch 3.2: Echoes of Madness 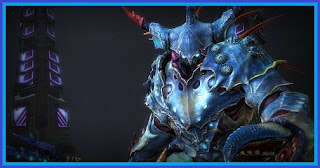 So, it's patch day again! Well actually it was several days ago now, but I've been really busy at work now that it's summer, and enjoying the nice weather that I haven't had much time to myself, let alone to log on and keep this updated! But never fear, I am still here! (Yup, that totally rhymed!) Anywho, looks like there's some neat stuff happening in Rift right now! Woot! Can't wait to dive in! :)