[Lore] II: The Ascended of Telara 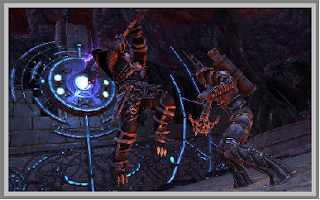 As mentioned in a different archive, the Ascended were prophesied heroes that were promised to Telara to aid in the fight against the darkness in a time when Telara would most need them. As the Vigil drew further away from the doings of Telara, its citizens took comfort in the Prophecy, knowing that heroes would arise when needed. When the tyrant Aedraxis breached the Ward and summoned Regulos the Destroyer to our plane of existence, the Rifts were again allowed onto Telara. Chaos, death and destruction was visited upon every location that the Rifts struck. No place was left untouched. It was due to the Rifts that the Kelari lost their isles, that the Dwarves lost their ancestral homes, and that the Mathosians lost their kingdom. It was in this time of darkness and desperation that the Messengers of the Vigil swooped down from the mysterious ether and brought to life many brave and courageous heroes that had fallen in the field on the day that Aedraxis summoned the Death Rifts. Not only were these heroes brought back from the dead, but they were resurrected with immense gifts of power and immortality. Death was no obstacle for these beings, the glorious Ascended, warriors for the Vigil.
The Ascended beings are incredibly powerful, unrivaled in their strength and ability. The Guardian Ascended hold within them the power of the gods themselves, bestowed upon them during their rebirth. Many of these gifts pertain directly to the Rifts themselves and allow the Ascended to call on a tear in the fabric of the dimensions and force a Rift to open on their own terms, as well as the ability to harness Planar energy and bend it to their own designs. Using this Planar energy and Planar charge to augment their souls, the Ascended are able to cast resurrections themselves as well as increase their strength, wisdom and raw attack power against the invaders from the Planes.
As the Ascended battle their foes and learn to accustom themselves to the weight and responsibility of their Ascended natures, they realized that they became ever more powerful and quick. The longer an Ascended is in corporeal form on Telara, the more they learn about their own unique natures and the better of an advantage they have against their enemy. The truly powerful and wise Ascended are rumored to be able to challenge the Blood Storm gods themselves in their many prisons throughout Telara, and lesser experienced Ascended are able to single-handedly take down lesser foes like cultist leaders and lesser Planar beings.
The Ascended are immortal, which means that they cannot truly die. When struck down in battle, an Ascended's soul is returned to their resurrected body, tethered there by the gods will. 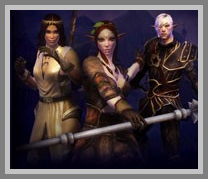 The Defiant Ascended work in a different way. They are not sanctioned by the gods; instead deemed abominations. "Machineborn" they are called. Heretics. The Defiant Ascended were created in a factory by fusing ancient souls to something called a "soul matrix" which is a strong woven basket of sourcestone that can hold a living soul. The Defiant experimented and performed tests until they were able to successfully engineer their own immortal beings. Unlike the true Ascended, the Guardians of Telara, the Defiant Ascended use magitech technology to fuel their strength and power. They draw upon the machines that created them as well as sourcestone left over from the Rifts to power their abilities. As with the Guardian Ascended, Defiant Ascended become more powerful the longer they are on Telara. Also unlike the Guardians, the Defiant know that time for Telara is precious. They have seen the very end of the world, the brink of destruction. They have faced the Destroyer himself. They have travelled back in time to stop that from happening. Due to their lack of faith in the gods and their unwillingness to abandon their magitech, the Defiant Ascended are constantly at odds with their Guardian counterparts, oftentimes sparking massive battles between the two immortal factions.
Recently members of both factions have realized that it would make more sense to work together against a common threat than to fight a war on many fronts. These Ascended have banded together to form their own guilds and provide a united front against the threat from the Planes; Defiant and Guardian working successfully side by side.
Hopefully these Ascended will be strong enough to challenge even Regulos when the time comes and banish his soul forever, along with destroying the remaining members of the Blood Storm and freeing Telara from this oppressive threat.
Ascended "stats":
The Ascended are immortal. They retain the thoughts, personalities, and "soul" of the host body, or host soul. So take comfort in the fact that you are actually you in there, not a collection of random multiple personalities all vying for a say in how you run things. Of course you can RP things that way (my Defiant, Kara is kind of messed up that way actually) but the way the game mechanics go, you are in control of your own body and your own destiny. The other souls you house inside of you are actually a condensed essence of the long ago heroes that saved the world during the Age of Dragons. You gain their expertise, knowledge, wisdom, experience, and skill, but you do not gain their very souls, the thing that makes them them. I would imagine that borders on dark magic of the kind that the Vigil would frown on and even the immoral Defiant would find a problem with.
The unique nature of the Ascended mean that the one resurrected and chosen by the gods/Sylver to be the hero means that you could have been anyone before your fantastic rebirth. You could have been an ordinary foot soldier, a dastardly thief, a young rogue who happened to have been on the wrong side of the fight but changed sides in time for it to mean something to the Vigil (like my Guardian character Raeslyn) or you could have been the most powerful priestess of the Kelari isles of your time. It's all up to you. The Ascended are all reborn with vast amounts of potential for power and strength.
On the subject of Death. The Ascended do die, in the full sense of the word. They are rent limb from limb, decapitated, burned, diseased, broken, crushed, and generally beat up by the hostile world at large. For as many times as we Ascended have died you'd think we would have gone mad. The only difference is, the Ascended can come back. Our souls (all..10 is now? 11?) do not escape to the Soul Stream like a normal mortal's does. Instead they are bound to the world by either the Vigil's blessing or the Defiant's technology, and a new body can be constructed on top of these souls (or they can re-inhabit their freshly-healed body if they can get close enough). The only issue with this is a Soul whose energy is exhausted and injured from the process of being severed from the body too many times. An Ascended accumulates sickness of their soul, which they will then have to see a soul healer for in order to help heal the heaviness and agony of spirit that weighs on their poor damaged souls. This is called "Soul Vitality" and you can keep track of it by your character portrait. When it gets to 0, you're in trouble and your soul's connection to its host body becomes so stretched and thin and worn that you no longer possess the strength, dexterity and skill of your Ascended nature, and instead are rendered nearly on par with an ordinary weak mortal.

An Ascended is not inherently good, or reborn suddenly with goodness and light. The personality of the host soul is what drives each individual Ascended. You can feel the guiding presence of the other souls, subtly directing your weapons in battle, giving you just the right prayer to heal your allies, or find the arcane equation to channel the forces of darkness without becoming corrupted by the dragon. Some Ascended report hearing the souls strongly, like an invisible friend. Others describe it as a feeling of discovering memories they never experienced (like Karazhan). Some Ascended have taken this second chance at life as an opportunity for change and redemption. The violent have become kind, the meek are now bold, and the impulsive have become thoughtful. Others have resumed their life where they left off, continuing their work crafting, pursuing scholarly endeavors, and being part of the community. But all feel that their lives have become more full and purposeful. They feel the call of something far greater then themselves.

References: A lot of this information was taken from the lore page on Ascended in the old Rift website before it was taken down and replaced with the new version. That information is no longer available, but no less true! I wish they would bring something like it back so that we could read more lore on Rift. The information on Ascended death was taken from a discussion in the forum about Ascended. This information is also lost, but I had it written down in a notebook. Ascended and Rift belong to Trion, not me, and I don't take credit for things that aren't mine! I just wrote down this information in my own words, by no means did I create it!
Posted by Darkwysper at 23:54