[Lore] III: The Coming of the Shade 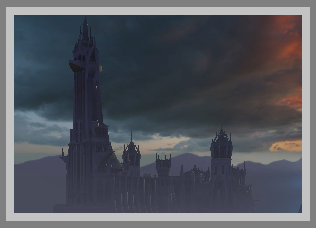 After the glorious Eth Empire fell to the Convocation, it was the Mathosia's turn to rise to greatness. For many long and complacent years the line of Mathos ruled with a just and steady hand. But when the old king Jostir Mathos died, his eldest son, who he knew was too ambitious to rule justly, seized the throne while Prince Zareph was away. Aedraxis Mathos was crowned king despite the protests of the people of Mathosia.
His rule was marked by cruelty, terror, and barbarity. He ruled with an iron fist, imposing martial law on the citizens of Mathosia and demanding heavy and unfair taxes to help fuel his quest for technomancy. Ever since the beginning when the Blood Storm invaded Telara, the gods had demanded that their worshippers give up the art of technomancy, deeming it too dark and unstable for use, as it was technomancy that had alerted the Blood Storm to Telara's presence in the cosmos to begin with.
Ever loyal, the Mathosians had agreed, banning technomancy from their kingdom and living without it for hundreds of years. When Aedraxis became king, one of his first decrees was to lift the ban on technomancy, urged thusly by his advisor and head scientist, Orphiel Farwind. As Aedraxis focused on his greed for power and the desire to subjugate all under his will, his kingdom fell to ruin and despair.
The citizens fled; what little survived the slaughter brought upon them by Aedraxis's Endless Court. When his brother Prince Zareph heard of his horrifying reign, he stood his ground, gathering an army of loyal followers. Civil war broke out as the brothers fought for the right to be king. Prince Zareph sent aid to the various other races of the world. The Dwarves, staunch allies of Mathosia for generations, quickly lent their aid, sending out able bodied dwarves from their many delves to help defeat Aedraxis. The High Elves, fearful of losing their ever-dwindling numbers to a pointless war that did not involve them, convened to discuss the matter. When the meeting was over, the Elves had split into two factions, with the main force following Shyla Starhearth to Prince Zareph's aid. For 20 long years the civil war raged.
Finally Prince Zareph whittled down Aedraxis's army, until the false king was desperate for any kind of aid. He would do anything to hold his kingdom and his position of power-even ally himself with Regulos. Using the powerful magitech devices that his Ethian scientists had devised, he contacted Regulos and was able to severely weaken the Ward. At the final battle, fought under the open skies on Thedeor Field, Aedraxis unleashed a massive Death Rift. The rift blackened the sky and thousands of undead poured out of the rent in the universe.

Prince Zareph's forces were immediately overrun, slain to a man almost instantly. Moments after the one sided battle had ended, the messengers of the Vigil swooped down onto the field, carrying off fallen heroes. These heroes they breathed life back into, imparting to them the wisdom and strength and power of the gods. The newly resurrected heroes were given the honor of being Ascended, chosen by the Vigil to combat Aedraxis and his endless horde of undead slaves. Thus, the prophecy was fulfilled. 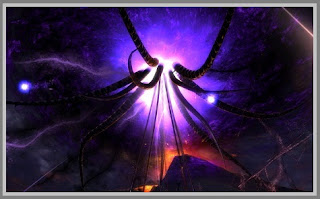 Fearing the reprisal of the gods, and mad beyond belief, Aedraxis called upon Regulos, beseeching the terrible dragon of death to take his own body as an avatar. Using Aedraxis's body like a puppet, Regulos entered Telara, becoming the Shade and bringing death and despair to all. The Ascended rallied, defeating Regulos's avatar with their newfound God-given powers. The body of Regulos was shattered into a million pieces and scattered around the world, each fragment carried by a prominent leader. After the Shade had been defeated, most of the Ascended had been taken up into the Vigil's own dimension, there to be given a warning of the future, of what fate befell Telara if the Ascended did not stop the dragons before they escaped from their prisons. ﻿﻿
The entirety of the message took 20 years to complete, and while the Ascended were gone from Telara, the land was vulnerable. Prince Zareph ruled in the Ascended's absence, building a neutral port called Port Scion that he set up deliberately between the Eth and the Mathosians. The southern and northern tribes were at extreme odds with each other due to differing views on faith and magic.
But the peaceful and prosperous city was betrayed from within by one Alsbeth, a sorcerer and advisor/friend to the Prince. Promising that she could find a way to bolster Port Scion's defenses, Alsbeth asked to see the artifacts in the vault for materials. Zareph agreed and Alsbeth was able to gain access to the Heart of Regulos, a fragment of the shattered avatar that was defeated during the Shade War. Using her knowledge of dark magic and her studies of technomancy, she sent out the defending Ethian centurions on a pointless task, leaving the magitech machines protecting Port Scion open to her corruption. She dismantled the defenses and summoned her lord, Regulos again into the world. A death rift opened up inside Port Scion, killing all it's inhabitants. Lacking Ascended to stop the rising tide of undead, they corrupted and destroyed everything they touched, turning all in their path into a vast undead army.
Desperate to stop the ever-growing numbers of undead, Prince Zareph performed the ultimate sacrifice, giving his life to the gods in exchange for sealing off the entire city, holding the corruption of the plane of death inside. When they found out what had happened, and that the Ethian centurions had apparently been out on a pointless scouting mission while this occurred, the Mathosians were furious and grief-stricken, demanding justice for what they saw as the ultimate betrayal.
They swore to see the Ethian magitech forever destroyed.

In the future that never happened, instead of shattering the Avatar of Regulos and successfully averting the Prophecy of the Shade, Aedraxis was successful in his goal. While fighting against his brother Zareph in a civil war, Aedraxis cracked open the barrier between the Planes, allowing power of Regulos from the Plane of Death to materialize on Telara and annihilate the opposing armies as well as Aedraxis himself. This disaster devastated most of the Mathosians homeland in what became known as The Shade. Aedraxis was transformed into a being of incredible malevolence by this act, and many Mathosians followed their liege into the north, becoming known as the Endless Court, and followers of the dragon Regulos, who steadily gained a greater foothold in Telara, corrupting, destroying, and killing all on Telara. Zareph and the remainder of his people fled from the Shade to the south and founded Port Scion, a city from which he planned to strike back at the corrupting eating at Telara. Instead, Port Scion was destroyed from within by Alsbeth's treachery and Zareph was killed.  Seeking vengeance, Guardian Ascended burnt Meridian to the ground, slaying all Defiant they saw and smashing all of their machines before they were able to create proper magical defenses for themselves. Soon after Meridian was destroyed the dragons awoke, breaking free of their prisons and descending upon a weakened Telara.
The Guardian Ascended and the remaining forces of Mathosia were overrun and the last remnants of that kingdom were lost.

Thankfully, due to the ingenuity and determination of the Defiant, this timeline and future was diverted by Defiant Ascended, who travelled into the past to ensure that this didn't come about.
At present, the capital city of Mathosia is Sanctum, where all races of the Guardians are welcome. The Mathosians have sworn to aid the Ascended on their mission to destroy the dragons, lending what assistance they can across Telara.

Reference: The information for this section of the archives is actually a mish mash of a bunch of different sources. In game quests, the official RIFT website, and my own interpretation of events that happened in the beginning story, before you get called up by the Vigil and sent to the future. All rights for information belong to RIFT and is written in my own words the way I want it worded.