The Fae In Silverwood﻿ 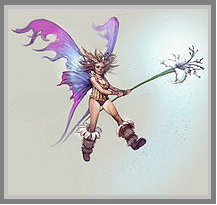 Faeries, Fae, the Good Neighbors, the Wee Folk. Calling a Fae an unkind word might net the attention of the horrid little creatures. Natives of the Plane of Life, Fae are prime examples of the heartless caprice and duel nature of the wild. They have delicate, childlike bodies and Elfish features. Their skin seems to shimmer, their laughter is like an intoxicating drug and their eyes are liquid black. Despite their playful manner, the Fae love to cause mischief and sow chaos, manipulating mortals and leading them astray.
Faeries and their ilk have infiltrated Telara at the direction of their fun-loving leader, Lord Twyl, who has sworn eternal allegiance to Greenscale of the Blood Storm. He and his Fae followers have been quite active in Silverwood especially, tearing a small chunk of the land itself away from this plane, where it has sank into the Plane of Life. It is now converted into the playground of Lord Twyl and his commanders, Maelow, Luggodhan and Atrophinius. Adventurers refer to this displaced piece of Silverwood as the Realm of the Fae. The land surrounding the tear in the Plane has also been corrupted and changed by the Fae, now featuring exotic and twisted plants, tall hedges and strange ivy. The forests of Silverwood are also overgrown with strange plants from the Plane of Life, seeded by the Fae when the mortals are not looking. Childish laughter and strange music drifts on the breeze throughout Silverwood and even the Elves act strange, lured by the promise of Fae Lord Twyl. It seems that the Fae have made Silverwood their new playground. Satyrs, treants, shamblers, boglings and faeries roam the wood, attacking travelers, causing mischief and upsetting the balance of the land. Lord Twyl has long been a favorite of Greenscale, corrupting lands and slaying those who are too weak to survive in his new, maddening realm. 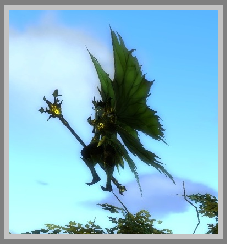 Strangely, it seems that in recent years, before the return of the Ascended, Fae Lord Twyl has retreated to his Realm and has not been seen outside it for some time. Why has he gone into hiding in his realm? Why does he not push on into Telara like he did so furiously before. It was Lord Twyl who corrupted the influence of Prince Hylas, who turned the Aelfwar from the path of Tavril and the Vigil. It was the Fae who corrupted the land, who changed the nature of Silverwood in their favor. So why has Lord Twyl suddenly seemed to have lost interest in his conquest? Lady Shyla of the Guardians is very worried about this and has promised quite the reward to any hero, Ascended or otherwise, who can venture into that maddened realm and bring back proof of Lord Twyl's machinations and ambitions, or even slay the fickle Fae Lord and put an end to his threat once and for all. The Realm of the Fae teems with magic. Even the air, sickly sweet and still, carries the feel of the Fae, and all who venture into it must be wary of the traps that the Fae set, all in the name of sport and wicked fun. They don't think with the same set of parameters and moral grounds that most of the races of Telara use. The Fae are an entirely unique species from another dimension. If killed on Telara, their physical bodies will die here but their souls will be sent back to the Plane of Life, where, if their planar energy is strong enough, they may manifest a new body. If not, they could find themselves raised up by a much stronger creature and controlled. Much like Lord Twyl control's his Fae court. It is unsure why the Fae allied so strongly with Greenscale. Were they tricked into it? Forced? Or did they see Greenscale as their best option at furthering their own goals? The Ascended will have to further investigate the motives and actions of the Fae to find out for sure what they are really up to and how to stop them. Even though Greenscale has yet to be awoken and freed, it is worrying the amount of power and influence he still holds over his minions, the Fae and now the Aelfwar.

The Fae are not an inherently evil race of beings, per se. They are mischievious, wild, fickle, and chaotic, but their nature is not that of an evil being. They were corrupted on their home plane by Greenscale, driven into a mad wild frenzy to dominate and rise up over the rest of the plane, as Greenscale lives by the code of survival of the fittest. Since Greenscale is the most powerful planar being in the Plane of Life, he is able to exert his will over the other denizens of that plane, warping and changing their behavior over time until they eagerly seek to do his bidding. Such is what has happened to the Fae. Now they know no other way but to follow Greenscale's law of the wild. 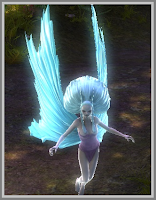 References: I found this information while reading up on the story behind the Realm of the Fae and by doing quests in Silverwood. The information is unfinished and when I find more on the Fae and their presence in Silverwood I'll come back and finish this piece. None of the Lore I've written so far is complete and I hope I can add to it as I go along. None of this belongs to me, only to the lovely Trion, who created Rift the game.