[Dungeons, Slivers and Chronicles] I: The Realm of the Fae 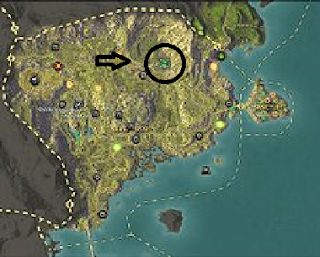 The dungeon, Realm of the Fae, is located deep in the hedge mazes in northern Silverwood. It is the home of Fae Lord Twyl, the ancient leader of the Fae from the Plane of Life. It is a dungeon specific to the Fae and is therefore designed with flowers, natural elements, and beauty in mind. You have to fight your way past satyrs, treants, boglings, faeries, pixies, and brownies to reach the very end. The dungeon is divided up into each of the four seasons: Spring, Summer, Fall and Winter, and at the end of each season change, you must get past a "boss" Fae to advance. Lorewise, once you've slain the Fae Lord, this pocket of the Plane of Life ceases to exist, and the Fae sort of end up leaderless for a while, before Hylas makes his move to become Greenscale's general and sort of takes over the Fae in a coup. You realize at the end of the dungeon that this was Hylas's goal all along, getting you to take out Twyl so he doesn't have to put himself at risk, since he isn't Ascended. This is what I consider his tipping point, where he full on embraces the corruption of Greenscale and the planes and turns fully against Telara and the gods, although it seems that in his own delusional mind he still thinks he's doing good. This is the first dungeon that Guardian players come across while questing and exploring in the world of Telara, and is one of the first dungeons that comes up when you sign up for dungeons, under the default key "I" on the keyboard. There are three quests related to Realm of the Fae, two of them located inside the dungeon by talking to an elf spy hiding by the entrance. 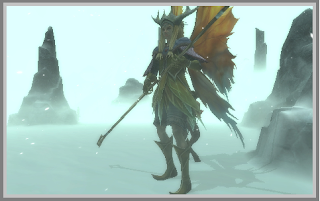 Boss Strategies:
Achievements:
There is also a Storm Legion nightmare version of Realm of the Fae, called Realm of Twisted Dreams, where you face off against warped, different versions of the bosses, as well as a few additional bosses, with a different set of achievements and goals. The final boss in this scenario is called the Sinister Presence, and you have to defeat him to complete the dungeon.

References: All quest details and information was gathered by me from in game on my character Raeslyn, and all Cult Saga info was either written down at the time I did the quest, or added in later as I completed the arc for that lvl bracket. Achievements are easy to find and can be located in the achievement tab in game. I can't remember what the default key is for it, but I've changed it to Y to make it easier for me since it is the same key binding as in WoW, and it's easier to remember when the key bindings match up for both games. As always all data, details, information, and content belong to Trion's game Rift, not to me, and I am only writing it down as a pleasurable side project! Enjoy and I hope you found it helpful!