The Dragon god of Extinction. Also known as the Devourer and the Destroyer. He came to Telara 1500 years ago in the form of a terrible dark dragon-like being. He comes from the Plane of Death. His physical form was destroyed and spirit banished beyond the Ward after the events of the Blood Storm Wars. He now seeks vengeance on all of Telara. His involvement in the breaking of the Ward and the corruption of the land has awakened his fellow Blood Storm members but he could care less about their fate for their betrayal during the attack on Telara all those years ago, which led to the entire brood's downfall. He especially hates Crucia, his onetime mate. When the Blood Storm first came to Telara, all Regulos saw was a vast living creation that he hungered to destroy and turn to ash. The other dragons, seeing in Telara a vast world of potential that they could rule over, didn't like the idea of Regulos eating it, so the turned on him, trying to remove him from Telara so they could have it for themselves. Of course this just backfired and caused them all to become imprisoned on Telara, all except Regulos, who got the exorcist treatment and was banished outside the Ward, the magic bubble protecting Telara. He was the only one who's physical manifestation was shattered, broken into dozens of tiny pieces and 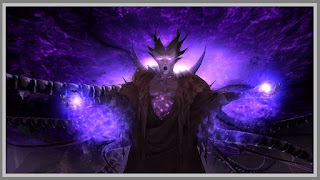 Regulos has power over death itself and controls the Soulstream. That is why is nearly impossible to resurrect someone that has died. Only Ascended are exempt from this, because their souls do not truly revert back to the Soulstream when dead. Instead, through a magical tether that connects soul to physical realm, an Ascended is able to travel back along that tether and find the physical manifestation of their body again. This might work somewhat the same for Asha Catari, although I'm not one hundred percent sure. Her circumstances are rather odd. Instead of being Ascended, Asha Catari is a unique individual in that she is the only non Ascended to face Regulos and survive. Not only survive, but to stand against him and even gain a small portion of his vast powers. The markings on her body are a result of her struggles against Regulos while she was in the Soulstream. Regulos can easily manipulate and twist the minds of anyone he can get power over, although not to the extent that his sister/mate Crucia can. He turns Aedraxis Mathos into his willing puppet, wanting to use him as the instrument to which he destroys the world with.

His followers are known as the Endless Court. He can take on a humanoid form and seems capable of intelligence and speech, unlike some of the other members of the Blood Storm, who rely only on base instinct. His touch upon Telara brings nothing but death and devastation. He seeks an avatar to carry his essence in the world so that he may enter and destroy Telara once and for all. He also seeks to thwart Crucia's grand scheme to use the Inifity Gate and gain access to her fabled Storm Legion, which would bring about an even greater and deadlier foe than the Blood Storm could ever hope to be. An epic battle of wits between Regulos and Crucia over the Nexus Key and the Infinity Gate leads to a climatic ending in the Plane of Death, where the Ascended, aided by Asha and a Messenger of the Vigil, put an end to Regulos once and for all. Near the end, Regulos admits some very unsettling things to the Ascended and it's revealed that he was the only thing standing between the cosmos and a vast and powerful army of alien beings who wish to conquer and rule over all worlds. The Tenebreans.

References: Well information on Reggy is very few and far between. Most information on him is in the form of stats for fighting him in the raids and dungeons, which isn't exactly what I had in mind. So I had to do some freeform by just taking what I could from the Defiant alternate future zone and what goes on in Freemarch. When I learn more as I get further into the zones, I'll hopefully come back here and expand on the info! By the way, Reggy belongs to Trion, and all info on him does too!
Posted by Darkwysper at 15:03