[Off Topic] Patch 2.4: Beyond Infinity

Well I was a bit surprised (again) when I logged in today and was told I needed to update! It's that time again! A new patch, new content! This one is called Beyond Infinity and apparently focuses on the Infinity Gate and our imminent travel to a different Plane, which I think is coming in 3.0. It's so exciting! I've always wanted to visit another Plane, ever since I first start playing Rift! I really hope it can be done right so it's an enjoyable experience for everyone! And hey, maybe we'll meet some new races and get a new race to play! That would be awesome! And if they think they can't do that cause of the starting zone/lore stuff, well just make the new Plane the starting zone! Have these Ascended be after the events! And than they can go back in time and be part of the fun while lvling! Or something like that..could work, ya never know! 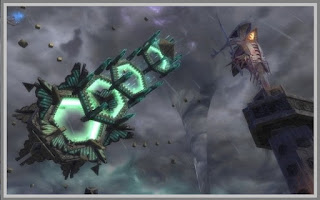 Anyway, here's some of the features being introduced in Rift's newest patch, 2.4!

All in all, a pretty exciting update to Rift! I can't wait to dive in and investigate it all! 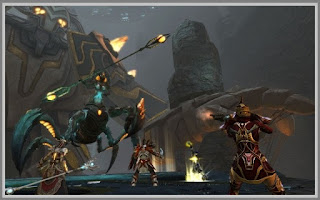 Email ThisBlogThis!Share to TwitterShare to FacebookShare to Pinterest
Labels: 2.4, Patch