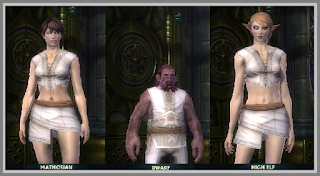 The Guardians are a stalwart faction of three different races that believe in the Vigil-a group of five gods. They believe that the Vigil has not abandoned Telara to its fate and are looking after their children from afar. Many Guardians believe they were Ascended with a destiny laid on them by the gods that they must fulfill by saving the world.
The Vigil chose the three most devout and determined of races to give their gift of Ascension to. Each race is beloved of the gods but each also feels the need to seek redemption for the sins committed by them in the past. The Dwarves unleashed unspeakable evil within Hammerknell, the Elves' leader, Prince Hylas, broke the sacred Covenant and allied with the dragon god Greenscale, and the King of the Mathosians, Aedraxis, unleashed the Shade of Regulos upon an unsuspecting kingdom. For each of these sins, the Guardians believe they must atone and work to redeem themselves for, as well as many other transgressions they believe have been taken against the Vigil. This includes the blasphemous and heretical Defiant, who go against every command the gods had set down.
The Guardians represent the hopes of Telara and the lessons of their fallen peoples. They believe it is their sacred responsibility to protect the peoples of Telara; to bring law and spiritual guidance to the defenseless citizens of Telara, even if the people sometimes refuse their strict and stringent ways. Despite being resented or unwanted in some towns, the Guardians believe they are doing what is best and right and what the Vigil wants them to do. All Guardians believe they serve the greater good by protecting the masses from the destructive Rifts and dragons. Even if this means enforcing strict rules and laws and ensuring that all follow the ways of the Vigil. 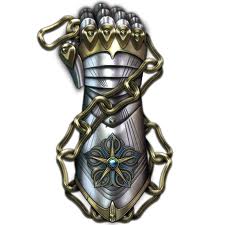 Within the holy city of Sanctum, the Guardians stand as brave and determined sentinels against the dragons and their myriad cults. Their crusades and inquisitions lay siege to the undead armies of Regulos, the secretive cults of Akylios and the frenzied maw of Maelforge and Laethys. Their agents watch for evil to stir in as far away as Shimmersand. The Vigil does not dictate a single path to enlightenment and salvation, so the Guardians seek their own path to the light, following a code of honor that is unique to the individual.
The Guardians believe that a full convergence of all the Plans on Telara is coming and they must prevent this cataclysm from taking place by restoring the Ward around the world and sealing off the Planes forever.
As a faction, the Guardians are determined, rigid and judgmental. They rule with a commanding and firm hand, strictly adhering to the laws set down the Vigil and not wavering in their sworn duty to the gods. They believe that they follow the Vigil's teaching in everything they do and that the actions they take are governed by the gods themselves. They have quite a number of towns and outposts scattered throughout the extensive regions of Telara, but seem concentrated around the Silverwood and Gloamwood area, although they are actively seeking to gain ground in many other regions, including Shimmersand, Stillmore, and the Ember Isles. The Guardians have also send delegations with Queen Miela over to the newly discovered continents of Brevane and Dusken in an attempt to halt the evil machinations of Crucia, as well as having sent delegations and their beloved Ascended into the Plane of Water to further fight back against Telara's planar foes as well as the many new and deadly enemies that have cropped up since the Ascendeds' subsequent victories over the Blood Storm and their cults.
Many experiences and truths have been revealed along the Guardians' journey to ensure that Telara is safe, and despite the many reasons for doubt, the Guardians have remained steadfast in their loyalty and love for the gods of the Vigil, staying true to their calling and following the principles of the Vigil's commandments, if not the literal rules.
Leaders:
Shyla Starhearth
Cyril Kalmar
Borrin Gammult
Capital City:
Sanctum
Races:
Dwarves
High Elves
Mathosians
**Recently, the Guardians seem willing to accept the blasphemous Defiant races if they renounce their ways and agree to follow the will of the Vigil. (a.k.a, you can faction change from Def to Guard if you want to)**
References: So, there's like very little actual in depth info on like...anything out there on Rift. Someone needs to fix that, ya know. Most of this stuff I got through in game stuff, as well as by reading the brief description offered by Trion on the website. All info and names, places, etc belongs to Trion and I'm just putting it here in case anyone is interested in Rift lore.
Posted by Darkwysper at 01:23