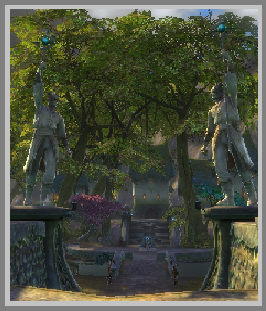 Founded by the High Elves to study Planar magic, Quicksilver College is located at the heart of Silverwood. It is a school for Mages, but does not approve of Warlocks. The school is predominantly full of Mathosian students, and most of the teachers are Elven. Unlike many great edifices erected by the races of Telara, Quicksilver College still stands, a testament to the strength of will of Telara's chosen defenders. Quicksilver is quite possibly the most well known and advanced school on  magic on Telara. Scholars and adepts from all over the land would enroll at the school to learn valuable magical lessons.
Not much is known about the application process for admittance to the College, but students are asked to bring at least three mandatory items when they arrive at the College: A star iron cauldron, a yew practice wand, and Phynnius Rothmann's book on fire magics.
The College has an extensive library on various subjects, including the Vigil and the Planes. The library of course, does not rival that of Meridian or Sanctum, but there are quite a few potent tomes located at the College.
Professors and students live at the College and all visiting scholars and Magi are also housed inside the College walls. There are various fields of study open at the college and students are allowed to study in any field they require.
Currently there are Professors of Alchemy, Wildlife, Elemental magics, Nature, Chloromancy, Pyromancy, History, Necromancy, Poetry, Applied Magics, and many others.
Magic is performed openly at the College and the students are always causing some kind of trouble or disaster that the Professors and guards than have to contain. Despite this, the College runs rather smoothly.
Quicksilver College is an important and crucial part of Silverwood's culture, defense, and status. It is heavily defended by the Guardian Ascended and the Vigilant Defenders, as well as by Argent Glade's own guards. 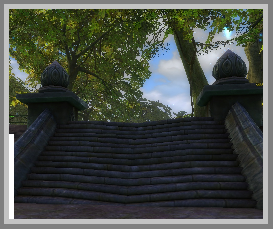 Notable students of the college include Asha Catari, Theo Catari, Alsbeth, Shyla Starhearth, Hylas.
The Quicksilver Scholars reward those who perform tasks for the College with prestigious reputation, items, and titles for those Ascended who are worthy of their notice.
Posted by Darkwysper at 01:40