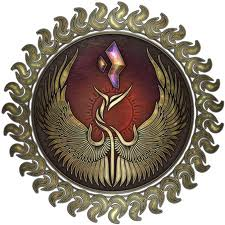 The Defiant came into creation because of various opposing points of contention with the Vigil-creators of Telara-and those who blindly followed them. Defiant, in defiance of the strict and narrow view the gods have on technology and the many uses of Sourcestone. Those that adhere to the Defiants' view know about the vast potential that magitech has to offer the denizens of Telara. The gods so far have done nothing to aid the peoples of Telara and seem content to let the world struggle against impossible foes on its own. That turns out to work just fine for the races of the Defiant faction, who's love of technology, invention and sourcestone have led to the creation of many wondrous and powerful artifacts throughout history. So while the Guardians run around Telara building temples, sticking their noses in everyone's business and desperately praying for a miracle, proving to all that they have no control over even their own situation, the Defiants will rely on their own designs and machines to deliver their own miracle, thus proving that they need no gods to follow.

The Defiant are stubborn, rugged and enduring. They are keenly intelligent and inventive, always seeking new ways to better their society and experiment with the fascinating subject of magitech. If one knows the correct ways to apply this, there are many opportunities for advancement, innovation and cultural discovery. As proven by the success against the Blood Storm, magitech can also be turned toward the making of spectacular weapons to fight against the threat of evil.
Rather than blindly hope and follow as the Guardians do, the Defiant intend to lead Telara into a new golden age with their discoveries where sourcestone-fueled machinery is part of everyday life. The Defiant are under no illusions about the dangers and risks involved in their work. Many tragedies and mishaps have resulted from experimentation, but the need outweighs the risk with the world once again under attack by the Blood Storm and the Planes. The corrupted creatures from beyond Telara were stopped largely by the efforts of the scientific Eth after all, who achieved victory by combining magic with technology. That victory would not have been so easily won, or been a victory at all, if not for the efforts of the Eth and their technomagic. But the Defiant also have a reputation of meddling too far into powers that they know are unpredictable, unstable and uncontrollable. And their eagerness for scientific advancement led to the events of the Shade War and the fall of the Mathosian Empire as well as the cracking of the Ward and the division of factions among the sentient races of Telara. To make up for this grave error, the Defiant have delved further into magitech, looking for ways to enhance their own abilities and strengths in hope of fending off planar invaders.
It was only after the fall of Port Scion and the needless slaughter of the citizens of Meridian that the Defiant actively rebelled against the Vigil and their new Ascended Guardians, righteous hatred and a sense of vindication further widening the divide among Telarans. Many citizens distrusted and reviled the Defiants capabilities with sourcestone tech but tolerated them because of their effectiveness in combat and promise of protection against the endless assault of planar foes.
After relocating to the lost college of Meridian and reclaiming it as their own, the ranks of the Defiant swelled. The Bahmi, close allies of the Eth, joined the Defiant as well, being labeled abominations by the Guardians and having been blamed along with the Eth for the fall of Port Scion. The Kelari also joined the Defiant after they were forced to flee from their beloved Isles when the cracking of the Ward awakened Akylios.
Now the Defiant rival the Guardians in strength and number, having finally perfected the means of creating their own Ascended on the very cusp of Telara's destruction. Sending their powerful immortal warriors through time, they plan to take the fight to the enemy. From their base in Meridian, the Defiant will scour the world of planar threat and will kill any Guardian foolish enough to stand in their way. With the help of eldritch war machines and magical innovations they know they will have the power to destroy the dragon gods themselves without having to rely on the spiritual guidance of the Vigil. To the Defiant, saving Telara is just a step in the direction toward ushering Telara into a new age of technological wonder in which every facet of life is touched by their inspirational magitech.

Races belonging to the Defiant-
Leaders-


References: A lot of this information can be gained by just playing the game. The faction leaders can be seen in Meridian of course, with their titles under their names, and the races are depicted when choosing your character. The background on the Defiant is a mix of my own experience while playing Rift and a summary of the lore that Trion used to have available on their website.
Posted by Darkwysper at 00:59

Email ThisBlogThis!Share to TwitterShare to FacebookShare to Pinterest
Labels: Defiant