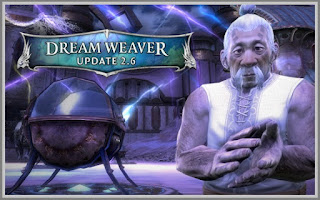 So, big content patch yesterday! We're getting ready for the expansion, Rift 3.0 apparently and modifying some things as it gets closer. I'm still amazed and super excited about the plans to visit other planes! And we get Plane of Water first. I really liked Vash'jr in WoW. Anyway, here's some of the new things and changes with patch 2.6:

Email ThisBlogThis!Share to TwitterShare to FacebookShare to Pinterest
Labels: 2.6, Patch