Scholars have studied the planes that intersect with Telara for centuries. Most information gained on the Planes, as well as how to travel to them, was lost however, during the Age of Dragons. According to one Ethain Melankis, the Planar Realms were no always corrupt and full of evil beings bent on our destruction. They were visited quite freely and often. Many pathways existed through the elements, blessed by the god Thontic. One of the last few of these remaining pathways is the Planar Porticum, which is used now by both Guardian and Defiant factions to instantly travel from one point in Telara to another. The chaos that the Blood Storm wrought upon the world was mostly a time of survival and despair, and nothing was kept of Telara's history before that. After the Eth Empire was later established, many of the Ethian scientists and explorers sought out knowledge and experiments on the Planes in an effort to further their innovations in magitech and gain back the knowledge that had been lost. What is known so far is that there are 6 Planes (that we know of) that intersect and interact with Telara in a significant way. These Planes each represent one of the primal crucial elements to survival. They are Life, Death, Air, Water, Fire, Earth. The planes are powerful, unstable, and unpredictable regions that have only recently come back in contact with Telara, unfortunately brining with them all manner of corrupt and powerful beings bent on causing trouble in Telara.

Some say that the Planes are other, parallel universes, running alongside our own, but in different dimensions. The only access to and from the Planes up until recently has been the Rifts, tears of reality from which sections of the planes are able to intrude upon Telara, allowing its enemies access to it on the material plane. No Telaran has entered a Rift and traveled to that plane. Or at least, done so and lived to return to tell the tale. The Bahmi are a race of hybrid-alien beings descended from the Shalastiri, who came from the Plane of Air during the Age of Dragons and seem to be the only race willing to interact with and ally with Telara against the other planar invaders.

Each of the Planes is its own world. It's own ecosystem and inner workings that is completely different and alien to the others. Each is unique, beautiful and deadly in its own right. During the Age of Legends, before the Blood Storm, Rifts rent the sky in half, bringing chaos and death and exotic beings from many numerous places inside the planes. All of Telara was covered with the rifts and the strange beings who traveled through them. From what has so far been gathered on Telara's history, this didn't seem to have any adverse effect on Telara. The gods equally didn't seem concerned by the rifts at that time. Because all the planes intersected with Telara at once, it was an evenly matched shift in energy and the world was in relative balance and peace. The lands were more wild and chaotic and unpredictable of course, but the Elves were always there to sort any real trouble, as their Covenant dictated. It wasn't until the trouble of the Blood Storm came and corrupted the planes that the gods knew they had to isolate Telara. The corruption of the Planes was destroying Telara just as much as the dragons themselves. So they formed the Vigil and erected the Ward to prevent Telara from being consumed by the chaos and corruption of the planes.

Another interesting fact is that each of the Blood Storm dragons corresponds to a unique plane. They are considered the ruler or overlord of their respective plane of existence, but what if they are not? What if they are nothing more than the vanguard of an arm so dreadful and so powerful that even the stars shiver in the sky and that is what the gods were truly trying to protect us from? As we Ascended grow ever more powerful and advanced in our abilities, it stands to reason that our enemies are aware of our potential threat and themselves grow deadlier. 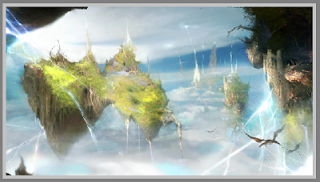 It is said that Telara is unique of all the worlds in existence, as it was formed at the exact center of a nexus(convergence) of the planes. Like the center of a spider web, with the planes forming the strands that spiral outward. This means that Telara gained bounty and wealth and unique beauty from the dimensions around it, and it formed a world so vastly different even in the same region. Each of the planes has left their mark on Telara from the Age of Legends, like a system of checks and balances, with each new plane leaving a new layer of wonder over a region. Now though, with the Ward broken and the Blood Storm loose again in the world, the sudden influx of rifts and corrupted planar energy just brings danger and chaos and madness to a Telara that was not prepared for planar intersection. When the Vigil gods came and shaped Telara into the perfect world for their designs, they watched over a young planet, walking on its surface and preventing the planes from causing too much instability. They also dispatched their sacred protectors, the Elves, to safeguard the wilds of Telara from the other newer races that sprang into being among the rifts. It was only after the Blood Storm was finally defeated all those years ago that the gods knew they had to take drastic measure to prevent disaster from overtaking their beloved world again. So they placed a barrier around Telara to protect it from the influence of the planes and prevent the Blood Storm-trapped in prisons in separate locations on Telara-from accessing their planar power base. It is theorized by the faithful followers of the gods that the Ward was so strong that it also prevented the Vigil from being able to communicate with the people of Telara as well, although why they don't contact Telara now after the Ward has broken remains a mystery

It is unknown if the Elemental Planes are able to be traversed by native Telarans**, as no one as gone there. The air itself could be toxic and non-breathable. The creatures that come from the Planes are alien, exotic. They do not look "human" in any way. Many creatures sport tails, claws, hooves, horns, fins and gills. Every single creature has a single-minded determination to destroy and kill. Whether this is a result of the energy on that Plane or from the overwhelming power of the dragon god that governs that plane is unknown. Can each of the dragon gods reach out to their Plane, even from their prison? I've no idea. They must hold some sway or influence over the creatures of their chosen plane at least, to instill in them the single-minded desire to take over Telara. It's also interesting to note that the creatures from each Elemental Plane seem to hate creatures from other planes. They will attack and kill those from other planes just as easily as they attack and kill native Telarans.

**Planar Update August 2016**: As of the 3rd Rift expansion-Nightmare Tide- we can now travel to the Plane of Water, so travel between Telara and the planes is confirmed as possible. God Engines created by the people of Pelladane, were incredibly powerful magitech artifacts with grand designs on changing Telara's fate. One of these was the Infinity Gate, which allowed travel between the planes, and potentially, among the cosmos. Unfortunately, Crucia became aware of this powerful artifact and seized it for herself, although the keys were lost out of her reach. Eventually, after a massive battle for the Gate, the Ascended gained access to it and used the Infinity Gate to travel to the Plane of Water to deal with a deadly threat, where we learned that the planes are far more complex than we ever imagined, containing not just physical, planar threats, but threats to our minds and dreams.

**Update November 2016**: The 4th expansion, titled Starfall Prophecy, introduced us to the concept of vast technological constructs with unlimited potential for power who have sentience that rival our own and are capable of traversing through the planes as one takes a walk through different parks! This being, the Comet of Ahnket, is the new threat and basis of new expansion content introduced and gives us knowledge into a different kind of Ascended being hinted at in Nightmare Tide, the Tenebreans.

References: The information for this section on the Planes used to be available on the Rift website but with the modifications, you can't find such extensive pages on lore anymore. Which makes me really sad. Thank the gods I wrote most things down in my journal. I've used my interactions with NPC's and rifts in the game to expand on the lore, and am trying to keep it as up to date as possible, which is hard since Rift lore is often hard to find and keep straight. All info and all content belong to Trion! I had no hand in this, just keeping the lore in a nice, tidy place for anyone to read up on if they wish! The more I delve into Rift lore, the more complicated and confusing it gets lol! If you have further info or questions, feel free to leave a comment!
Posted by Darkwysper at 18:30