And it's Patch time again! It seems that the weeks just fly by. It's almost Christmas...again. At least I've got most of the presents for family and friends already bought and wrapped and/or sent off in the mail. In between my demanding job I've been trying to find time and here there to update my blog and write stuff down. I've also shown some interest in the Telarapedia wiki. I left a note over there expressing my interest to join the team of those creating the wiki pages, we'll have to see what they decide I suppose. But I think it's time to talk more about the patch than anything else, eh?
Patch 2.1 looks to be one of the more fun and interesting ones I've seen in a long time. I'm not sure if that's because woot we get new content or because it brings back the Fae Yule, with even more interesting things to do, and more items added! I vaguely remember last year's Fae Yule. I think at the time I was still heavily immersed into the WoW side of town and so my log in times were fleeting and sporadic. But I do remember seeing Meridian all decked out in candy canes, and I remember players with rudolph-esque corgis. Someone on the Trion team really loves corgis, that's all I have to say on that subject. And now, here's some of the cool things coming with Patch 2.1: 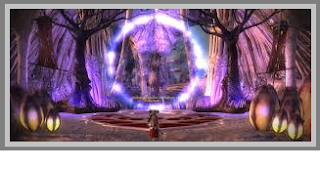 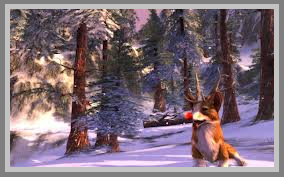 Other cool features of Patch 2.1 is the ability to own, create and build your own dimension regardless of whether you have the expansion or not. Of course there is restrictions on this. I believe there's only 3-4 dimensions they let you purchase if you don't have SL, but still, that's pretty neat! That way players (like my sister) who haven't bought the expansion yet can still enjoy some of the more favored sections of it. I know that for me, the best part of the expansion is the dimensions!

Along the seasonal theme, paired with Fae Yule, we'll now get new seasonal Instant Adventures, which sounds really cool and fun, and a seasonal version of Whitefall Steppes. I've never been a big fan of Whitefall Steppes. Well, I don't pvp often, but when I do, I really like easy, simple to understand warfronts like Black Garden, Codex and Library. For some reason Whitefall Steppes just confuses the hell outta me. But a Christmas/Fae Yule themed warfront does sound kinda neat so perhaps I'll have to dust off my pvp mitts and try it out!

Conquest is also being brought back. They are now sectioning off Conquest into 'seasons' kind of like WoW's Arena seasons. I remember when I tried out Conquest. It was okay but I always picked the Rams because I felt sorry for them always losing and being imbalanced and undermanned. Which in turn made me depressed because my team always lost. There was ONE time where the Rams won, and I got an achievement and a title for it, but other than that, Conquest was more of a gankfest for me unfortunately. However, I LOVE the CQ sky...it's the most beautiful, visually pleasing, and unique MMO sky style I've yet seen and it reminds of astrology for some reason.

Another thing is the addition of Autumn Harvest items being available on the World Event Merchant finally. I've been waiting for that because I totally missed out on getting my ghost mount. I'm still pretty sad about that. My own fault though for procrastinating and not doing the daily quests.

Dimension stuff added in Patch 2.1 were training dummies, which apparently a lot of people wanted. Personally, I didn't see a problem with using Meridian's dummies. That's just one less reason for peeps to visit Meridian now.  Prices of dimensions and dimension items, as well as dimension upgrades have been reduced (although I think that happened last patch but can't be sure). The item limit for dimensions has also been increased; great news for the hoarders and packrats as well as the castle and mansion builders.

Patch 2.1 also gave us a slew of changes, rearrangements and nerfs to 4 main callings. I won't list them all cause that's a lot of stuff to write down, but there were some pretty big changes in the Souls.

There was also a slew of adjustments to item names, item tooltips, locations of items, quests, zones, and other random things. All in all, I think Patch 2.1 and the World Event to follow is going to be a busy one, and I can't wait to immerse myself into the new and improved Telara!